Enjoying a nice walk, 600m up the mountain above Bråtveit, Suldal, Rogaland 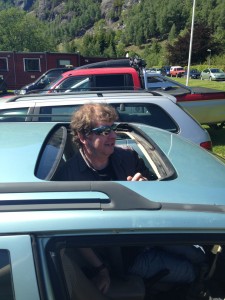 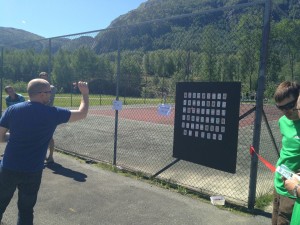 Davie trying out the Norwegian 500 bidding 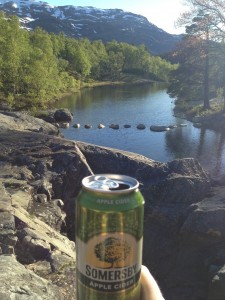 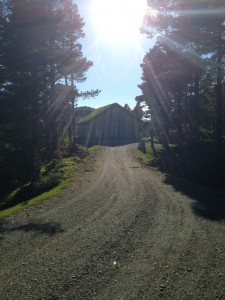 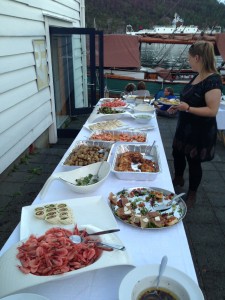 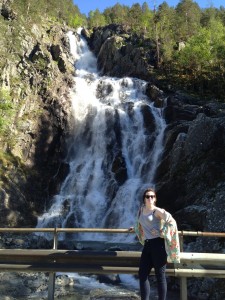 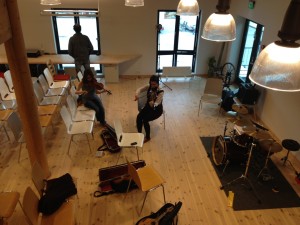 The lasses rehearsing at the venue for our first gig of the tour. Clarky admiring the beautiful view from the window! Sand, Suldal. 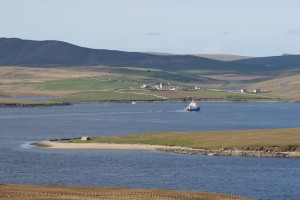 Belmont House is an immaculately restored Georgian house in Unst that can be hired as self catering accommodation https://www.belmontunst.co.uk. We were the first paying guests to stay in Belmont prior to the official opening of the house at the end of April 2011. The house sleeps up to 12 people comfortably and it was an inspiring location to record our second album. The first floor drawing room provided a very nice, natural acoustic for the fiddles and other instruments were set up in different rooms throughout the house. The drums were recorded along with additional instruments in the BJMH studio in Baltasound.

It was great to have the whole band together in Unst to record the CD. Although most of the band live in Shetland, Ross Couper had to travel home from the Scottish Mainland and Mark Laurenson traveled from his new home in Norway. 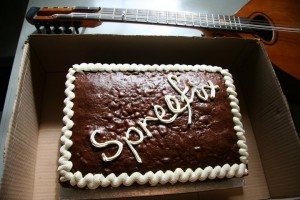 One of the tracks on the CD, ‘Pure Sandy’ is a set of Steven Spence compositions. Steven hails from Unst and as well as being a multi-instrumentalist, composer and ferryman, Steven is a baker to trade and surprised the band with delivery of a Spreefix cake! The recording weekend was very productive but also a good social occasion with countless games of the card game 500 between takes, tunes and at any spare moment.  Playing 500 tended to take over from playing tunes on some occasions and hence the name of the album. ‘500 Sessions’.  Stewart ‘No-Trumph’ Grains in action. 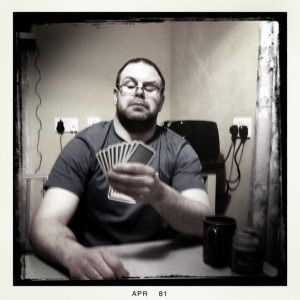 We would highly recommend Unst as a location to rehearse and record, not only for the great accommodation but great scenery and places to visit, that add to the whole experience. Maurice managed to walk most of the East and West coast of the island, to escape whilst Davie was recording the drums. On two previous weekend visits to Unst the band rehearsed and recorded a demo of the material before recording in Belmont, staying at the Saxa Vord resort. 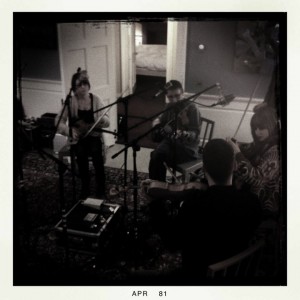 After recording in Unst the CD was mixed and mastered in the new recording facilities in Mareel, Lerwick. Shetland’s new Music and Cinema Venue opened in the autumn of 2012. Mareel provided the ideal location to mix and master the album. Jonathan completed the project there, with Fullsceilidh being the first band to try out the studio for editing, mixing and mastering a CD for release. The monitoring set up and studio certainly allowed the ears to pick up all the detail in the recordings and as a band we are very happy with the finished result. The project couldn’t have been completed without the dedication of engineer and top musician Jonathan Ritch, whom that band have a great respect for. Here we have it, 2 years on from those ‘500 sessions’ in Belmont House. The Fullsceilidh second album, we hope you enjoy it.